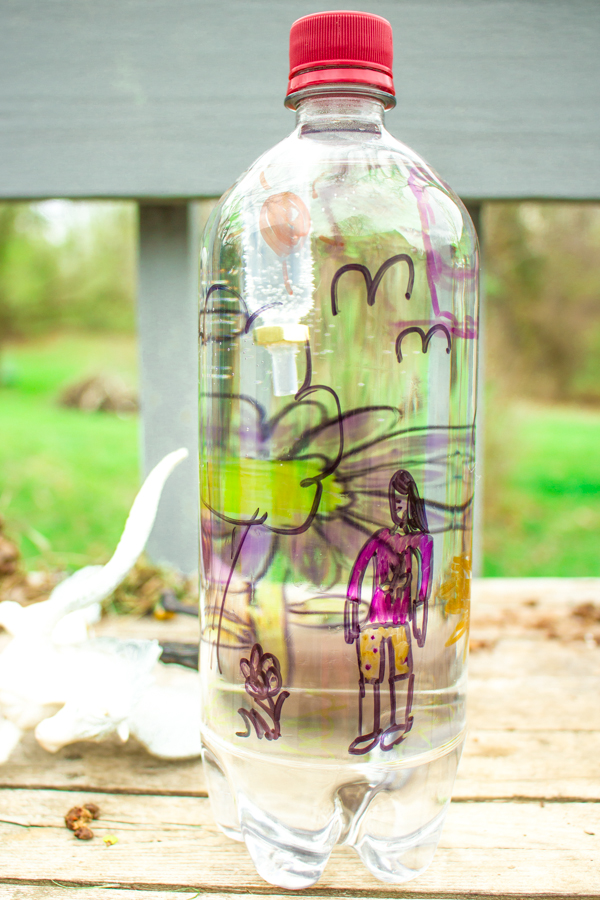 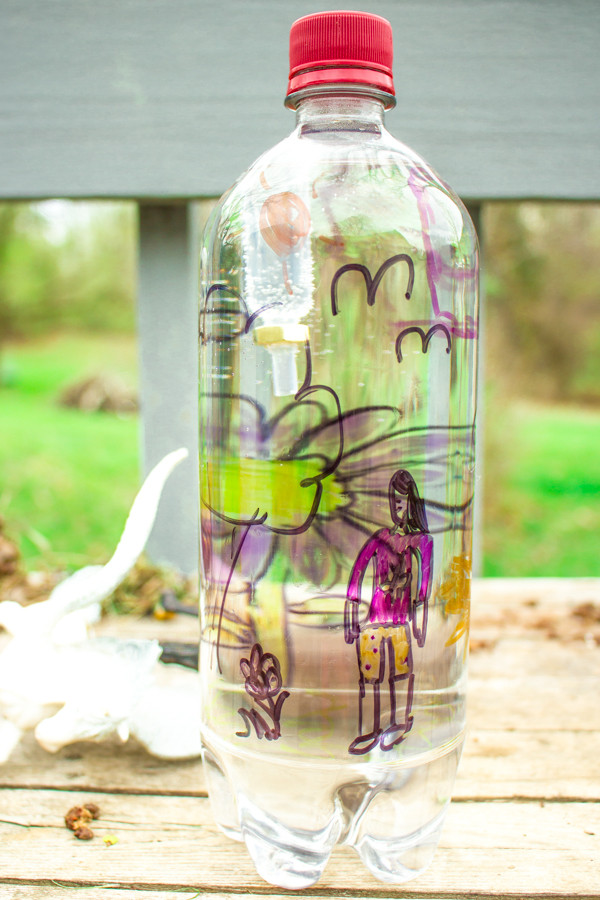 You don’t have to spend a bundle just to show kids that science is fun.

This soda bottle Cartesian diver won’t cost more to make than the price of a couple of washers, but the kids (and you!) will be absolutely enchanted with it, AND it will teach everyone some really useful facts about air pressure and density and how they work.

air-filled diving chamber. There are a lot of objects that you could upcycle for this–an eyedropper, or a plastic pipette (that’s what was used in this particular Cartesian diver), or a straw with one end stopped up with clay, or a tiny light bulb that’s been hollowed out. I’ve even seen Cartesian divers made using ketchup packets! The key qualities of the object that you choose are that 1) it should be open at the bottom, so that you can adjust how large the air bubble inside will be, and 2) it should be waterproof, so that it won’t let the air bubble leak out.

weight. You are probably going to have to weight the bottom of your object so that it will float correctly. A nut or a couple of washers, or even a penny or a paperclip are usually enough for this.

glue for the weight. Hot glue is a quick and easy choice.

And here’s what you do!

1. Prep the soda bottle. Is the label completely removed? If your kid likes her stuff fancy, you can also invite her to decorate her bottle at this time, although you should remind her that she’ll want to be able to still see inside it when she’s done. Can you convince her to make her bottle ocean-themed? I couldn’t convince mine!

2. Fill the bottle almost full of water. For some extra math, you can weigh the bottle before you fill it and again after. How much does one liter of water weigh?

4. Fill the bottle the rest of the way full of water. You don’t want any excess air, or you’ll have to work harder to get your diver to sink. If you look very carefully, you’ll notice that my kid’s Cartesian diver is NOT all the way full, and that’s why she has to squeeze so hard to get the effect. What can I say? I told her to fill it all the way up, but she’s stubborn.

5. Screw the bottle cap back on VERY tightly. No leaking water for you!

Here’s my kid’s explanation of how the Cartesian diver works:

Ummmm… she’s sort of right, but not really. Science is a work in progress!

What is actually happening is that when you squeeze the bottle, you’re condensing that little air bubble inside the diver. The air bubble gets smaller, yes, but more dense, and since the space that was taken up by air gets filled with water when you squeeze, this combination makes the little diver no longer slightly less dense than the water, but now slightly more dense, and down it goes.

We clearly have a little more study of air pressure and density to do in our homeschool, so here are a couple more activities for you, too!

*density column. Not all of these ingredients are ones that you necessarily want to have on hand (karo syrup is a monstrosity, but man, does it make for great vegan icing!), but even if you lack a couple, you’ll still be able to demonstrate that different liquids have different densities.

*oil vs. water. This little experiment is so easy and satisfying that my preschooler did it back in the day. 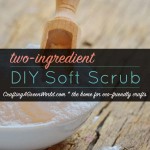 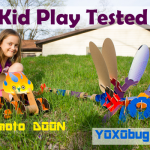