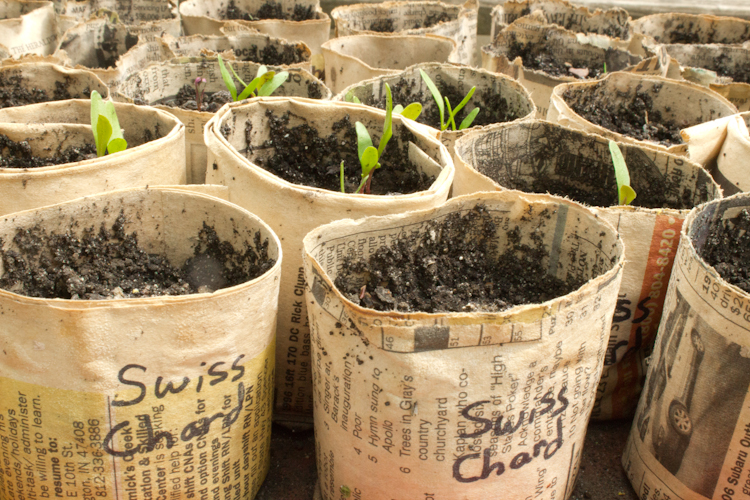 Using the PotMaker, you can make plant pots from recycled newspaper with just a little folding and a few twists of the wrist. Is that any better than using the origami method to make newspaper pots?

Both the origami method of making newspaper pots (there are tons of paper pot tutorials around, but I really like this particular one from A Heart for Home because it’s so thorough) and the PotMaker method of making newspaper pots result in containers the perfect size to start seedlings, use only the waste material that is recycled newspaper, and may be planted right with the seedlings that you start.

The major benefit of the origami method of making newspaper pots is that it’s absolutely free to use, but you’ll have to purchase the PotMaker.

The PotMaker pots can also be planted as-is, while a newspaper pot made using the origami method is much thicker, and thus needs to have the bottom cut out before it’s planted. Conversely, the origami-made newspaper pot is much sturdier, whereas the thinner PotMaker-made pot can become quite fragile by the time several weeks have passed and it’s ready to plant.

I fully admit that I purchased the PotMaker so that I could put my kids to work helping me make the seedling pots for our garden this year, but a few years ago, when my girls were too young to use even the PotMaker, I would have NEVER purchased a tool, even a time-saving tool, that did what I could do myself for free.

Therefore, I’m very interested in your own ways of crafting–how do you decide between saving time or saving money? Have your reasons changed over the years? 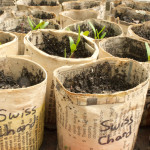 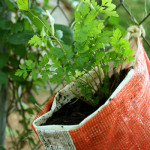