Living in the Western world, we Americans aren’t quite attuned to the disposal of used chopsticks. It simply isn’t that big of a problem, as we hurl food into our gaping maws with spiky metal shovels. Generally speaking, the only time we chop down forests in order to feed ourselves is when McDonald’s expands its beef production into the Amazon. The Chinese, our brothers and sisters across the great blue expanse, have an additional problem: chopsticks. They produce approximately 45 billion pairs a year, most of which being as disposable as a Uwe Boll movie. That amounts to about 25 million trees a year.

China’s insatiable hunger for the utensil world’s learning curve has become so voracious that special taxes have been passed in order to save their forests from the dinner plate. Without greater efforts to stem the clickity-clack of a chopstick doomsday we may soon find gangs of pandas rampaging through Chinese villages looking to devour their eating utensils.

How can you do your part to help save panda bears from a life of crime? Well, perhaps we ought to take a few tips from a former lowly civil servant, Shuhei Ogawara. He’s taken 7,382 chopsticks and constructed them into a potentially sea-worthy canoe! Collecting them from the Koriyama City Hall cafeteria every day for two years he’s mixed chopsticks, resin, and a little genius and come up with yet another west-shaming brilliant invention!

There’s plenty of room aboard this love boat

Wonderfully-fantabulous, isn’t it? Though, I do know what you’re thinking: “But Angelo, we are but fork-eaters and do not chop with sticks!”. Tsk tsk! It’s time you took a gander at the seven billion Chinese food restaurants jammed into every strip mall in the U.S.A. I advise you to eat as much Chinese food as possible; not just because it’s my favorite food, mind you. I really don’t need competition at the buffet line; it’s hard enough to get to the fresh pot stickers first. I am, however, willing to sacrifice some yummies for the sake of the forests of the world. Those of you cheap-skates and poor-skates can, of course, dumpster dive in order to score the necessary chops. I would suggest asking politely, actually, I am sure they won’t mind having someone dispose of their waste materials for free. I know many of you live for adventure, but I don’t want to have caused a movement that will seriously irritate the makers of my favorite dishes.

Should any of you try out this idea I’d like to see some pictures, years from now, of chopstick canoes, boats, pontoons, yachts, maybe even a couple ocean liners and submarines. I’d wait a little bit before I accept any offers to take a ride, though. Perhaps I’ll ride a pontoon without much testing, those things are easy to escape from. 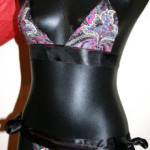 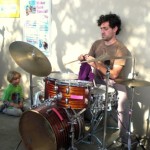