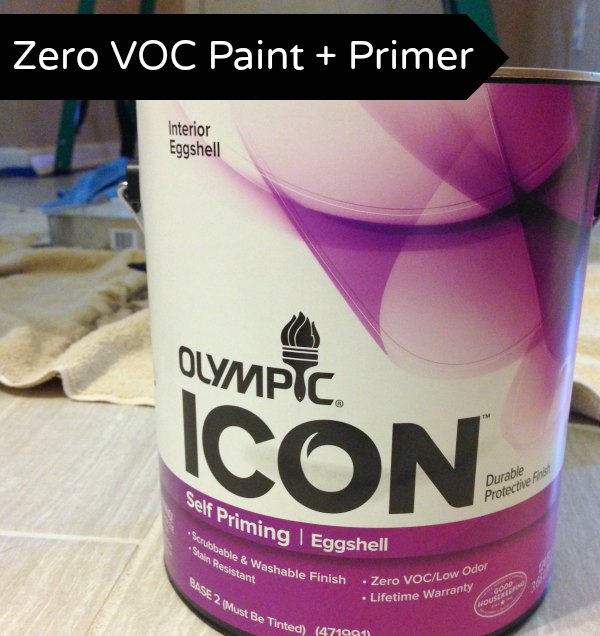 Olympic Paint makes a zero-VOC self-priming paint, but how does it stack up? Check out our review!

House paint is a handy, affordable way to update old furniture or give your room a new look without spending too much money. But typical house paint is super stinky. Part of what you’re smelling is something called Volatile Organic Compounds (VOCs). VOCs are solvents used in making paint, and as the paint dries they evaporate into the air. If you’ve gotten dizzy or nauseated while painting a room, there’s a good chance the paint’s VOCs are the problem.

My husband and I have tried quite a few different zero VOC paints, and some stack up better than others. The one we tend to lean toward is from Olympic Paint. It’s called Olympic Icon, and it’s a self-priming paint. That means (in theory) that it takes fewer coats to cover. Fewer coats means less work and fewer raw materials, so that’s a definite bonus.

Last weekend, we used Icon from Olympic Paint to paint our tan foyer a super light gray. You can basically call the color white. Going from darker to lighter is a good way to put paint to the test, so it felt like a good chance to really evaluate how it works.

I should start this review by saying that we have an old 1920s house, and that means we have crazy plaster walls. The walls are not flat by any means, which makes it hard to roll paint onto them. They also have a textured finish on them, which makes them even tougher to paint. We’ve used Olympic Paint on both the texture walls in the front of our house and the smooth walls in our home’s newer addition. It takes an extra coat to get all of those nooks and crannies!

Have you ever bought zero VOC paint at the hardware store? More than once, I’ve had salespeople try to talk me out of it, saying that they don’t give good coverage. I’ve definitely used zero VOC paints that take a lot more coats than their stinky counterparts, but this Olympic paint did a great job!

The paint went on smoothly and evenly when I was good about really mixing it up before using it. We did have a thinness problem when we started, because I did bad job mixing the first can. We used leftover paint from an old project, but we needed a second can to cover our whole foyer.

It took us three coats to fully cover the previously-tan walls with white, but like I said our walls tend to need an extra coat because of the texture. Three coats for a nice, even look felt like a win in my book!

One thing that I like about Olympic’s zero-VOC paint is the price point, I’ll be honest. There are other zero VOC paints out there that take things a step further, but they can cost two to three times as much.

For a green crafter on a budget, I’d definitely recommend the Olympic paint. If you’ve got a bit more to spend, I’d suggest checking out Mythic Paint, which gets great reviews and is even more nontoxic than Olympic. 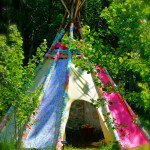 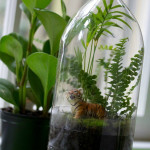