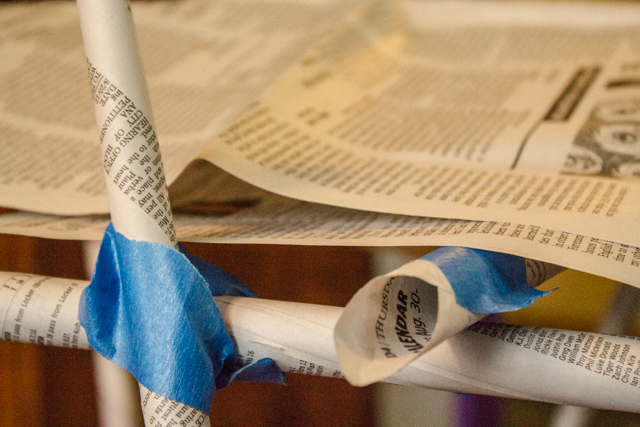 To build with the rolled newspaper tubes, just start connecting them with masking tape or staples. Each tube can be easily cut with scissors, and easily bent or folded.

Some structures, such as pyramids, are easy and sturdy, but your kiddos can up the challenge by trying out more complicated multi-sided structures. My six-year-old and eight-year-old were busy for half the morning constructing a cube-shaped playhouse for themselves, and it was fascinating to watch their engineering skills evolve as they problem-solved in the real world. They invented various kinds of supportive struts, but the real breakthrough came when my eight-year-old realized that two tubes taped together provided enough width in any given beam to completely solve the problem of the structure torquing at its joints.

And they didn’t even realize that they were performing applied mathematics! 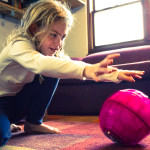