Like a firing squad shooting with nine blanks and one real bullet, or a pleasant version of drawing straws, a pull string piñata has as many ribbons as there are party guests, but only one of these ribbons will release the trap door to the glorious candy. Everyone pulls their ribbon simultaneously, so not only is the whole piñata experience relatively non-violent, if you’re into that sort of thing, but it’s also over much sooner and nobody has to take turns.

This pull string piñata, tutorial courtesy of Young House Love, is formed similarly to the conventional paper mache piñata, with a few structural changes to make the functioning trap door.

[The image on this page is the property of Young House Love.] 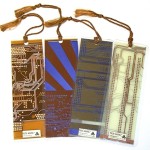 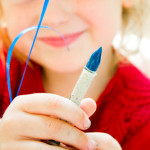